The Department of Humanities is one of the Departments of the College of Sciences and Theoretical Studies. It awards no University Degree, since its courses are among the requirements of the University, some of them are obligatory and some others are not. The Department comprises a number of sections. Some of them are: Islamic Culture Section Arabic Language Section Introducing the Section of Islamic Culture: Islamic Culture represents the (living) image of the nation. It determines the features of the nation's character and the essence of its existence, and it adjusts the course of its life. It is the nation's faith in which it believes, the principles it is keen on, the heritage it fears might be lost, and the thought which it wishes to expand and disseminate. Therefore, the Kingdom of Saudi Arabia took care of teaching the Islamic culture to all levels of education, the higher education in particular. The Vision: To build a Muslim generation adhering to the Islamic teachings, to protect it against dubiosity and from going astray, and from the thoughts that are detrimental to it and to its country. The Mission: To provide the University students with knowledge and with scientific and Sharia skills, based on balanced curriculum that illustrates the firm teachings of Islam and the latest developments of the period.

To render the correct Islamic Faith deeply-rooted in male and female students.

To provide any University student with the principles, the rules, and the whole basic Islamic knowledge.

To protect the University student against the deviant intellectual currents that are inconsistent with the concepts of Islam and its sects.

To arm the generations with the genuine Islamic culture by which they are able to defend their religion, principles, and their nation.

To solve the contemporary problems found in the economic system, in the family, the government, and in the Islamic manners, by means of the rules and principles of Islam.

To link the educated generations with the Sharia (Islamic Law) sources- "the Quran and the Prophet's Teachings", the matter which will lead to the happiness in the present life and the hereafter.

To contribute to building the Good Muslim who is keen on serving his religion, nation, and his country.

To make of the Kingdom student an outstanding symbol among other students of the Islamic World, considering the Kingdom as the site of the two Holy Mosques, and the starting point of the Prophet's Mission (Peace be upon Him). ​ 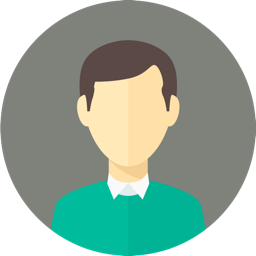